We are national historic sites, shipwrecks, an industrial museum, a children’s museum, historic houses, a military museum and countless stories. We are places of discovery, remembrance, learning and recollection.
We are also online. Through this virtual platform you’re visiting, we empower residents and community members as collaborators and co-creators in bringing their histories to life. Together, we preserve and present the many untold stories of Hamilton and Hamiltonians.

Learn About The Rich History of This Land

The City of Hamilton is home to thousands of Indigenous people from across Turtle Island (North America) and we recognize that we must do more to learn about the rich history of this land so that we can better understand our roles as residents, neighbours, partners and caretakers.

Through the Urban Indigenous Strategy, the City of Hamilton together with Indigenous and non-Indigenous residents is embarking on a journey to reconciliation that will honour the history, knowledge, rights, languages and cultures of the First Peoples of Canada. The Strategy responds to the Truth and Reconciliation Commission of Canada: Calls to Action (2015), and the voices of our community members.

Why is this important? 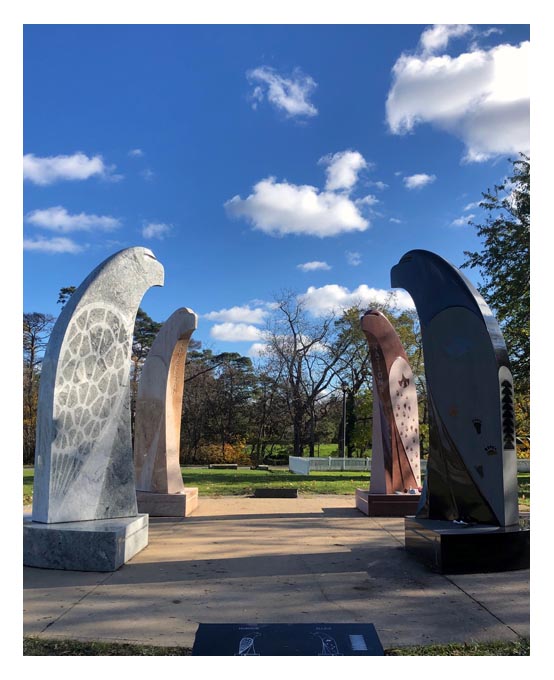 Eagles Among Us by artist David M. General. 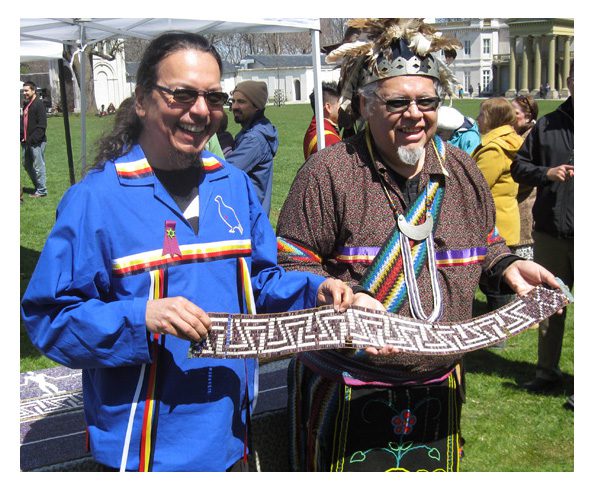 Today in Canada there are approximately 70 treaties between 371 First Nations and the Crown. The treaties represent the rights of more than 500,000 Indigenous people. Ontario is covered by 46 historic and present-day treaties, which were signed between 1781 and 1930.

Visit the Talking about Treaties Exhibition

The City of Hamilton recognizes the importance of treaties and is committed to help residents understand the significance of treaty rights, treaty relationships and their relevance today to show support and commitment to reconciliation, inclusion and anti-racism.

We acknowledge that this land is covered by the Between the Lakes purchase, 1792, between the Crown and the Mississaugas of the Credit First Nation – Treaty no. 3.

Although most treaties were signed more than a century ago, these agreements provide the foundation for ongoing co-operation and partnership between Indigenous and non-Indigenous people.

Short answer: it’s about the stories that make the land we now call Hamilton unique.

Long answer: the Hamilton Civic Museums website is a platform empowering Hamilton communities to preserve and share their heritage, histories and narratives through digital storytelling. The website is also an online destination for information about museums owned and operated by the City of Hamilton.

Learn more about the project background:

The Heritage Resource Management Section of the City of Hamilton’s Tourism and Culture Division.

Every exhibition is different because they are co-created with community partners. Visit the “Credits” section at the bottom of each virtual exhibition for details.

There are also easy ways to participate and/or contribute content to current virtual exhibitions. Explore the information at the bottom of each exhibition for details.

What is the connection between Hamilton 175 and this website?

Hamilton City Council approved funds to develop a digital commemoration of the 175-year anniversary of the City’s founding by launching a new website as the first step in developing a virtual Museum of Hamilton. This new digital storytelling platform (this website!) launched in Fall 2021.

Learn more about the project background in the staff report to Council from November 18, 2020.

What is digital storytelling?

Simply put, it is utilizing digital media to tell stories. Storytelling presents a story to an audience (you!), and guides them through a narrative journey. When referring to storytelling online, we have the full range of digital media and tools like video, audio, and animation, to craft a compelling story and interactive journey. Exhibitions are all about storytelling!

What are the Civic Museums I can visit?

The City of Hamilton operates eight civic museums you can visit and cares for one underwater archaeological site. Learn more about each site in Museums.

Make sure to review the latest Public Health guidelines on the City of Hamilton website when you’re planning a visit (link will open in a new tab).

Where can I buy tickets to visit the sites?

View general admission rates and ticket buying options for each museum on the City of Hamilton website (links will open in a new tab).

Admission is free to all Hamilton Civic Museums with a Hamilton Public Library Card.

Where I can find events and program listings?

Visit the Museums Events page on the City of Hamilton website (link will open in a new tab).

Links will open in a new tab.

What accommodations do the Museums provide for Ontarians with disabilities?

The City of Hamilton is situated upon the traditional territories of the Erie, Neutral, Huron-Wendat, Haudenosaunee and Mississaugas. This land is covered by the Dish With One Spoon Wampum Belt Covenant, which was an agreement between the Haudenosaunee and Anishinaabek to share and care for the resources around the Great Lakes. We further acknowledge that this land is covered by the Between the Lakes Purchase, 1792, between the Crown and the Mississaugas of the Credit First Nation.

Today, the City of Hamilton is home to many Indigenous people from across Turtle Island (North America) and we recognize that we must do more to learn about the rich history of this land so that we can better understand our roles as residents, neighbours, partners and caretakers.