By the turn of the century, African Canadian men and women had earned the rights and privileges of all Canadians to live in equality and dignity. However, events in Canada and around the world would reveal that the position of Black people had reached a new low.

Beginning in the 1880s, Europe colonized and carved up the continent of Africa. African people would remain under direct European rule for the next seventy years. In the same period, the rise of Jim Crow segregation in the American South took away rights and freedoms that African Americans had gained immediately after the Emancipation of the slaves in the United States. The rise of pseudo-scientific theories of race from 1870-1930 placed Africans at the bottom of the human hierarchy.

Canadian society was influenced by this chain of events. Whites did not view Blacks as equals and restricted them from partaking in much of the fruit of citizenship. As a result, Blacks could often not eat in restaurants, stay in hotels, sit on the main floor of theatres, play golf, tennis, or skate at local rinks—the gamut of activities other Canadians enjoyed. Many areas had restrictive covenants whereby African Canadians could not own or rent property and some towns had “sundown laws” that ordered them out before nightfall.”

Black workers were excluded from the emerging union movement and tended to be restricted to the lowest status, lowest pay and most servile jobs. The situation of Black workers could be summed up in the old adage: ‘last hired, first fired.’

Despite the odds, Black men and women contributed in a variety of occupations. 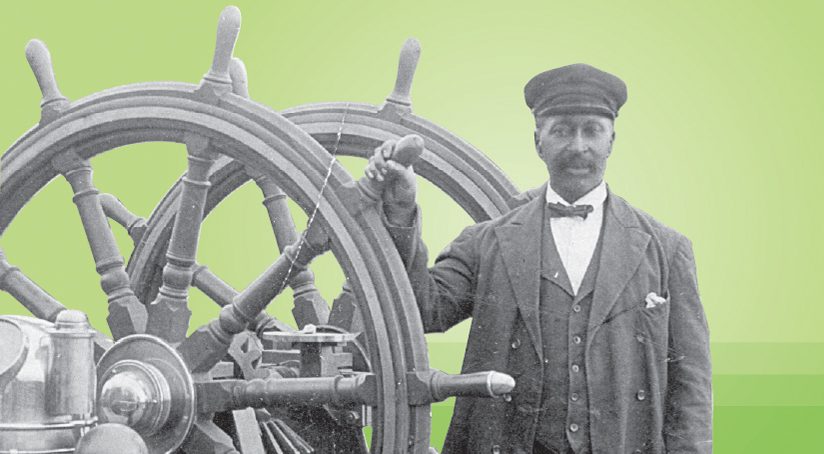 Racist immigration policies ensured that no more than a few Black people trickled into the county. The Canadian government moved to restrict African settlement in Alberta and the Prairies and it went out of its way to discourage employers from bringing in Caribbean workers in eastern and central Canada.

However, the bigger untold story was the flood of migration out of Canada by many young and not so young Blacks to the United States. Aspiring nurses, doctors, and other professionals trained at segregated Black colleges in the United States. Most did not return.

Excluded from the mainstream, African Canadians found solace in their segregated communities, churches, clubs and schools. Run largely by unpaid volunteers , these institutions provided a needed break from racism and the daily grind.

They Made a Joyful Noise...

As in the United States, African Canadians often gained more acceptance as “entertainers” than they did in the everyday work world. Those with special talents made their mark as musicians, composers, actors, writers and sports figures. Many opted for the “big time” south of the border.

Listen: Introduction. Click on the play circle below.
Show/Hide Transcript

These audio selections consist of music, interviews with noted African Canadians, some storytelling and dub poetry, and you will even hear a rare vaudeville skit that was recorded in 1925. These selections should enhance your understanding of the exhibit and enrich your experience of what you see.

You have been listening to the composition That Sacred Spot, a hymn that was chosen by the Canadian Military as the official marching song of the troops during World War One. The person who wrote the words and music in 1915 was Hattie Rue Hatchett.

Hattie Rue Hatchett was born in North Buxton, Ontario in 1863. She became a schoolteacher and a talented pianist and composer, being one of the first in Kent County to receive a certificate in music. However, she would not be hired by the schools and instead used her talents as an organist, choir-leader, Sunday school teacher, and President of the Missionary Society in North Buxton.

Mrs. Hatchett wrote religious songs and hymns, but her composition, That Sacred Spot, had a lively beat like a marching song, and it spoke to the sacrifice paid by the soldiers in the war:

“In all your merriment, in all your joys, pray don’t forget about the soldier boys and nurses too who gave their lives in cruel war with all its horrid strife.”

The selection of Hattie Rue Hatchett’s music was a rare honour given by the military to an African Canadian woman. Unfortunately, in most aspects of life, Black people were not treated on an equal basis with white Canadians. The early decades of the twentieth century were a time when many employers and industries were not open to hiring Blacks.

Ray Lewis, one of the first Black Canadians to go to the Olympics in 1932, explained what happened when he tried to get a job in Hamilton. Although well-known as a talented sprinter, when he approached one influential person at the Hamilton Spectator for work, he was told there was nothing for him. When this person then asked him when he would start training for the 1930 British Empire Games, Ray Lewis decided to boycott the games, as he put it: “no job, no running.”

The first British Empire Games were then coming up, here in Hamilton, they were around here (unintelligible) and I didn’t even try out for the team, and I’m sure I would have made it, because two years later I made the Olympic team and come home with a medal, so I’m sure I would have made that first team. But, of course, I was angry and I just did not run. I’ll give you an example: I served Paul Robeson on the train, I served him some tea, he and his accompanist, and I said ‘I would like to congratulate you’ he said ‘what for, young man?’ And I said ‘for the fact that you were put on the professional football team’ I was standing there, ‘Oh, thank you very much, did you play ball?’ I said ‘no, I used to be in track and field.’ ‘Oh, that’s good, what did you do there?’ I said, ‘I ran in the Olympic Games, I have a bronze medal.’ ‘Well, what are you doing on here?’ That was…(interviewer in background: ‘what are you doing on the railroad?’) What am I doing on the railroad? I said, ‘This is all they’ll let me do— I don’t have a college graduation and this is the only job I could get.’ And he was just, he was lost for words. We had quite a chat.

Ray Lewis did get a job, as a railway porter for the Canadian Pacific Railway. As a porter, Mr. Lewis sometimes received humiliating treatment, like the time he was called ‘boy,’ although he was a grown man. This was a typical way that some whites demeaned Black men.

I remember a man said ‘boy! boy!’ he called me ‘boy’ about a dozen times and I ignored him. Finally, he said, ‘porter’ and I said ‘oh, were you calling me?’ And I smiled right in his face. He took a ginger-ale and left and he was on the train three days later and never spoke to me anymore. You had to be careful. And it was an education. It was an education, railroading. You met them all.

There was one area in which Mr. Lewis knew he could not be held back, and that was as a sprinter. He went to the Olympics in 1932 in Los Angeles and won a bronze medal in the four by hundred relay race. He also won a silver in 1934 at the British Empire Games, which are now called the Commonwealth Games. The Canadian Track and Field establishment knew that if they wanted to win, they’d have to send Lewis.

I had to train wherever I could run and I trained out on the Prairie when I was on freight trains, deadheading across the country. And every time the train stopped, every time, I was out jogging beside the train. And I guess people were just wondering, those who saw me were wondering ‘what the hell is he doing?’ But I had a trunk full of medals. People asked me, ‘what are you running like that for?’ ‘Oh, I just like to run.’ They didn’t know I had a hundred-odd medal in my trunk at home.

One of the ways that African Canadians could achieve success was in the entertainment industry. Many were drawn by the bright lights of Chicago, New York, and Los Angeles. Lou Hooper, the composer and pianist of Cake Walk, the number you just heard, was born in North Buxton, Ontario in 1894. He was one of the talented musicians who was in New York during the famous era known as the ‘Harlem Renaissance.’ He played the piano for leading Black artists of the day, including Bessie Smith, Paul Robeson, and Ethel Waters.

Hooper later returned to Canada and formed part of the swing band led by Myron Sutton known as the Canadian Ambassadors. Hooper, who had obtained a Bachelor’s degree in Music from the Detroit Conservatory of Music, had a distinguished career as a music teacher, composer, accompanist, band member, and concert director.

Cake Walk, which he wrote many years earlier, was recorded in 1973 and is a Radio Canada International Production. It is an example of the music known as ‘ragtime,’ a precursor of jazz, but not considered to be jazz itself

Holy, holy is the Lord

You have just been listening to the music of R. Nathaniel Dett. Nathaniel Dett was born in Niagara Falls, Ontario in 1884. As a teenager, he moved with his parents to Niagara Falls, New York and went on to study music formally, graduating with a Bachelor of Music degree in 1908 and a Master of Music degree in 1932. He became a distinguished professor of Music, prolific composer, and choral director, leading the famous Hampton Institute Choir across Europe in 1930.

The song you have just heard is called ‘O Holy Lord.’ It was written in 1916 as an a cappella anthem in eight parts based on the Negro spiritual of the same name. It had its first presentation by the famous Elgar Choir of Hamilton in 1917. It is being performed by the Nathaniel Dett Chorale on its CD, entitled ‘Listen to the Lambs: the Music of R. Nathaniel Dett’ released in 2002. The Conductor and Artistic Director is Brainerd Blyden Taylor. The Nathaniel Dett Chorale is dedicated to preserving and honouring the memory of Dett and his music.