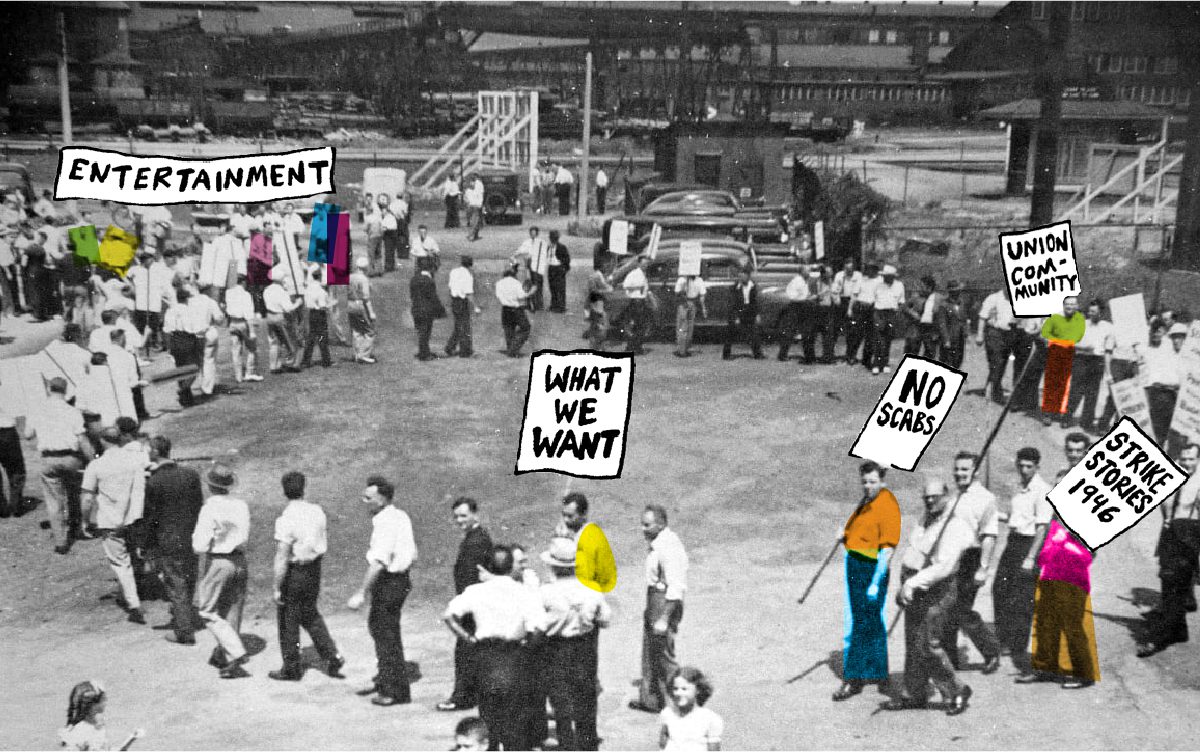 While many iconic images capture the 1946 Stelco Strike, the stories of Brightside workers and their families who lived in its midst and participated in it also tell us much about how they responded this important moment in Canada’s labour struggle and history.

Listen: Out on Four Strikes. Click the play circle below.

When I was in there, I think we had four strikes.

And I think we had, I’m sure we had at least four strikes.

Donnie had three, he said.

We were on the picket line one time.

Nora Francis Henderson, eh, she tried to break the picket line at that time.

So, she had a car, and it had a no draft window, and she got through the line eventually you know.

The Union Stewart said no don’t touch nothing.

So, she got through.

As she got through, there was a pile of rocks thrown at her.

And all of a sudden, the cops come there.

And we start running.

And I was pretty fast, an athlete.

I said let me go. So anyway, they let me go. They took me down to the police station at Sherman Avenue.

And we’re sitting there me and, uh, who the heck, Gallo, me and Gallo.

They walk right through, and the cops tried to stop them. They stopped them.

‘I want to see my son.’ I remember my mother was hollering. ‘Take my son out of there right now.’

And they all started hollering.

The cop said, ‘let’s let these kids go,’ because we were only young, eh.

So, we had to go to court. So, the judge in the court he was a nice guy.

And he says, ‘Ernest would you stand up?’

‘Do you see that rock on the table there?’

‘How far can you throw ball?’

I said not too far.

‘Could you throw that through the no draft window on a car?’

He knew for sure I’d dare not step out.

Because they were trying to make something out of nothing.